Cazal Legends 905 from all around the world are offered at the online optical superstore. Find Most Popular, Mens, Womens and more Cazal Legends 905 online for sale in our vast selection of eyewear. Over thousands of styles are available to choose from. You can find the perfect pair to complement your facial features and style. Save time, money, and order frames conveniently from the touch of your mobile device or keyboard, or give us a call any time of the day for assistance. Our live eyewear experts are here to serve you. If you have seen a cheaper price on Cazal Legends 905 please let us know using the Price match request form. Free shipping is available, 30 day returns and doctor verified prescription glasses are what to expect when buying your frames from the online optical superstore, since 1999. 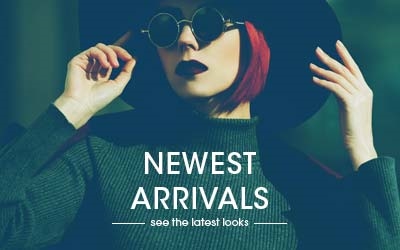 The Cazal Legends 905 Sunglasses by Cazal Legends has many great features. If you're looking for something that's compatible with bi-focal or progressive lenses, then you've found it. Composed of metal like nickel, monel or stainless steel to help give some durability and relative overall strength. This eyewear is eligible for prescription lens installation. The octagon shape leaves little room for seriousness, but for the imagination. The dappled amber tones of tortoiseshell have timeless class. The width of the bridge of this frame is 13 millimeters. Black is the most common color seen in the dark. The eyesize of this item is 65 millimeters. an achromatic color, literally a "color without color", composed of a mixture of all frequencies of the light of the visible spectrum. It is fully rimmed along the edges to give a sense of completeness, lens security, toleration and absolute style. Item ranges in price between $300 and $500. The length of the temple pieces are 135 millimeters. If you're looking for something masculine, look no further. These frames are specifically designed for men. A luxurious high-end design for those who demand quality and the fine detail. If you're looking for something feminine, look no further. These frames are specifically designed for women. This is definitely a favorite among many people. It's a popular choice primarily recognized for its broad appeal. Bright yellow in color

Cazal first obtained its popularity in the early 1980’s when it was embraced by inner city youths who quickly deemed the bold, gold trimmed, large zyl designs as “status eyewear”. Referred to as “Cazal Fever”, the collection became a sensation throughout the fashion world and was seen on the faces of such iconic legends as Run DMC, Sammie Davis Junior, Stevie Wonder and was mentioned in Michael Jackson’s video for the song “Bad”. Having been among the most coveted cult accessories for decades now, the worldwide demand for these retro styles has hit a fever pitch reminiscent of “Cazal Fever” in the 80’s. Recently, Cazal Legends styles have been sought out and worn by a whole new generation of celebrities. Jay Z, Usher, Randy Jackson, Will Smith, Sean “Puffy” Combs, Brad Pitt, Will I Am, Fergie, Rhianna, Gwen Stefani, Amare Stoudemire, Paul Pierce, Saigon, Rick Ross, Tim Nordwind, Spike Lee, and Judah Friedlander and many more have all been photographed wearing these legendary models.

Seen it for less elsewhere? Please let us know using the form below:

We want to make sure you find the discount eyewear you're looking for so we're constantly on the hunt for the latest & greatest brands to add to our eyewear catalog. Some of the newest brands of designer eyewear which have been added to our catalog include BOSS by Hugo Boss Eyewear, Atelier Swarovski Eyewear, Fendi Men Eyewear, Match Protective Eyewear, Milk by Optimate Eyewear, Carolina Herrera New York Eyewear, Ono Trust Eyewear, Oxford Lane Eyewear, Yudu Eyewear, Dickies Eyewear, and more brands are being added frequently, so make sure to check back shortly.

We want to make sure you find the discount glasses you're looking for so we're constantly on the hunt for the latest & greatest brands to add to our glasses catalog. Some of the newest brands of designer glasses which have been added to our catalog include BOSS by Hugo Boss Glasses, Atelier Swarovski Glasses, Fendi Men Glasses, Match Protective Glasses, Milk by Optimate Glasses, Carolina Herrera New York Glasses, Ono Trust Glasses, Oxford Lane Glasses, Yudu Glasses, Dickies Glasses, and more brands are being added frequently, so make sure to check back shortly.